UNCODE is a real-time interactive installation which premiered during Electric Castle Festival 2019 at Bànffy Castle, Cluj-Napoca, Romania. The installation visualises how the process of creative coding works by exposing its mechanics.

Creative coding is a process of experiments, mistakes and iterations, often manifesting in a visual outcome. The center of UNCODE lies in the duality between the mystification and demystification of the visible. UNCODE operates as a teleport to a different location; a live-stream connection with a 360 degree camera to one of the central stages of the festival. The work was exhibited in two rooms in the stables of Bànffy Castle.

Documentation of the UNCODE installation in two rooms at Electric Castle

In the first room, visitors could interact with the multi-temporal visualisation of live-stream data from the festival by walking towards the hemisphere. The footage on the hemisphere is a living archive of 2000 frames of video, in which the oldest frame was constantly replaced by a new frame. A fragmentation of time was triggered by walking away from the hemisphere, each facet showing a different shift of time.

In the second room the mechanics used to ceate the interactive hemishere were exposed and shown on an "unfolded" hemisphere, with the intention to give insight into how the work was made. This room showed the medium - software, sensors and data, the process and the authors. It mirrored the interaction of the dome and visualized the state of the hard- and software. Its form was based on debug views. 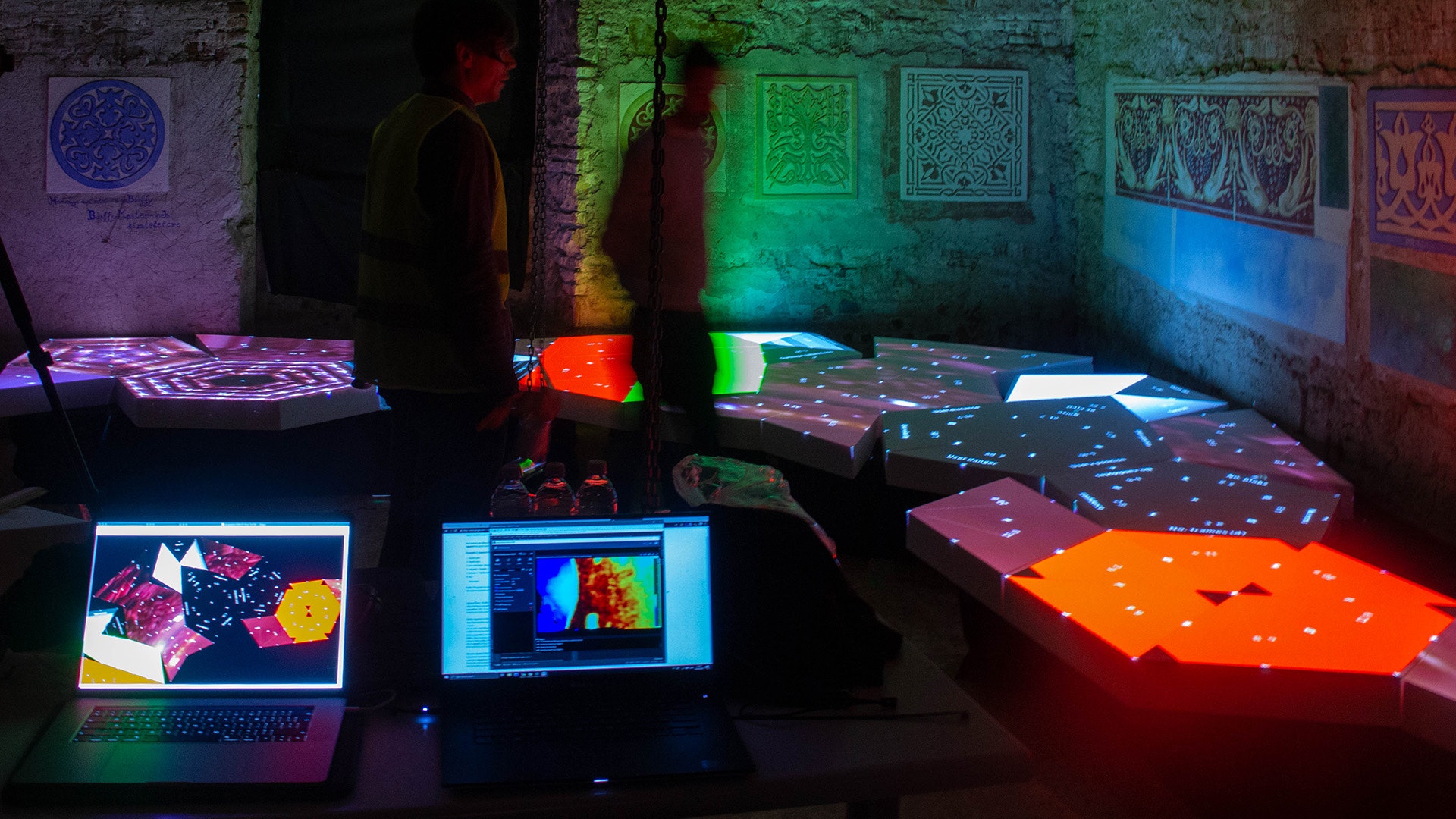 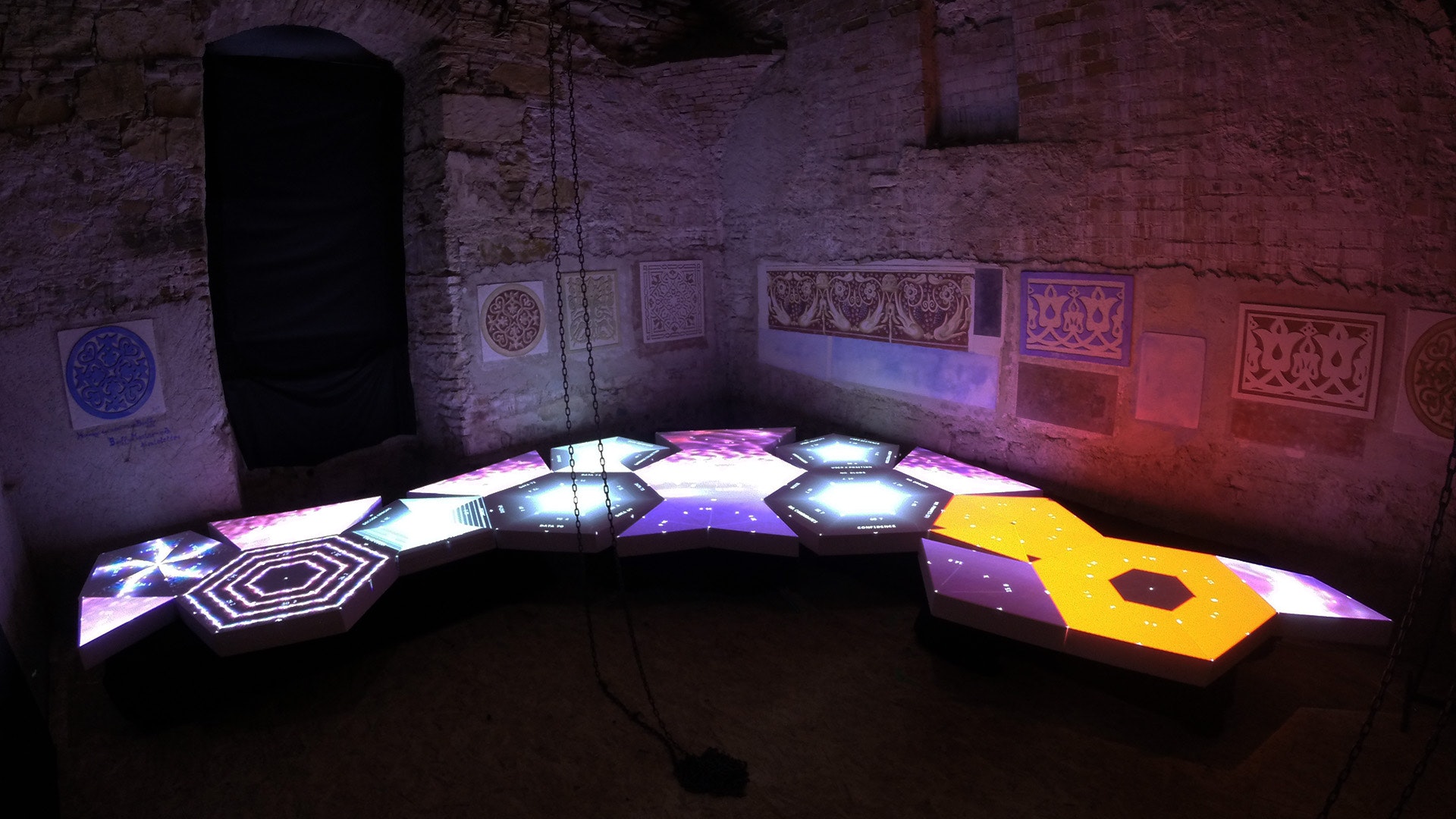 RNDR was founded in 2017 in The Hague, (NL). Its main members have years of experience as partners, computer scientists, designers, and developers at LUST and LUSTlab.

One of our core projects, and basis for most of our projects, is OPENRNDR, an open source framework for creative coding –written in Kotlin for the JVM– with over seven years of development, that simplifies writing real-time audio-visual interactive software. OPENRNDR is fundamental for the work and software capacity of RNDR as a studio, as it allows us to realize complex interactive works.